West Waddy are pleased to present this proposal for the urban regeneration of a vacant, mixed-use site in the heart of Faringdon, Oxfordshire. The submission of this planning application follows several months of liaison and design development with Vale of White Horse District Council and Faringdon Town Council.

The development for urban regeneration seeks to deliver refurbished retail space at ground floor with two new apartments above, alongside the refurbishment of existing apartments and the construction of three new townhouses to the rear accessed from Marlborough Street. The site sits within the town centre retail zone as well as the Conservation area and in close proximity to multiple Listed Buildings. As such the layout has been informed by the constraints of the site with areas of proposed development sympathetic to the proximity and outlook of neighbouring properties.

The design development was led by careful consideration of elevation treatments to provide a sense of modernity to the new build component of the scheme whilst complementing the surrounding buildings. The design incorporates a largely buff brick with tonal variation, similar to the materiality of the retained structures on site. The tonal palette of the proposed design draws inspiration from the existing Marlborough Street facades but with contemporary detailing which aids legibility to the modern insertion in the street scene. The vacant former supermarket which occupies this site closed in May 2017 and the proposals seek to offer a more flexible retail setting which is in line with current letting demands in the town. The refurbished retail space will offer enhanced in-town convenience shopping to residents to reduce the need to travel by car. The regeneration of the site will also re-animate a long since dormant site in a prominent part of the historic town.

Information will has been on display in the existing shop window to raise awareness of the scheme amongst local residents and those using the Town Centre. This information is also available to download on this page.

The period for leaving comments on the design proposal has now ended, having been open between the 20th Jan 2020 and 12th February 2020. Thank you to everyone who took the time to leave valuable feedback. 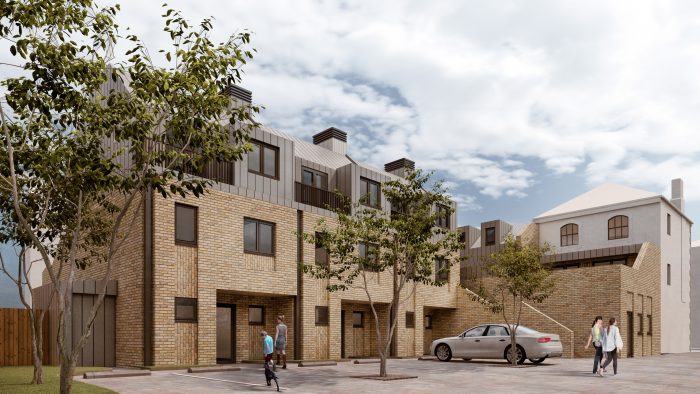