Below, our response to the open call for competition entries for the Oxford to Cambridge Design competition.  For more information about the competition click here. 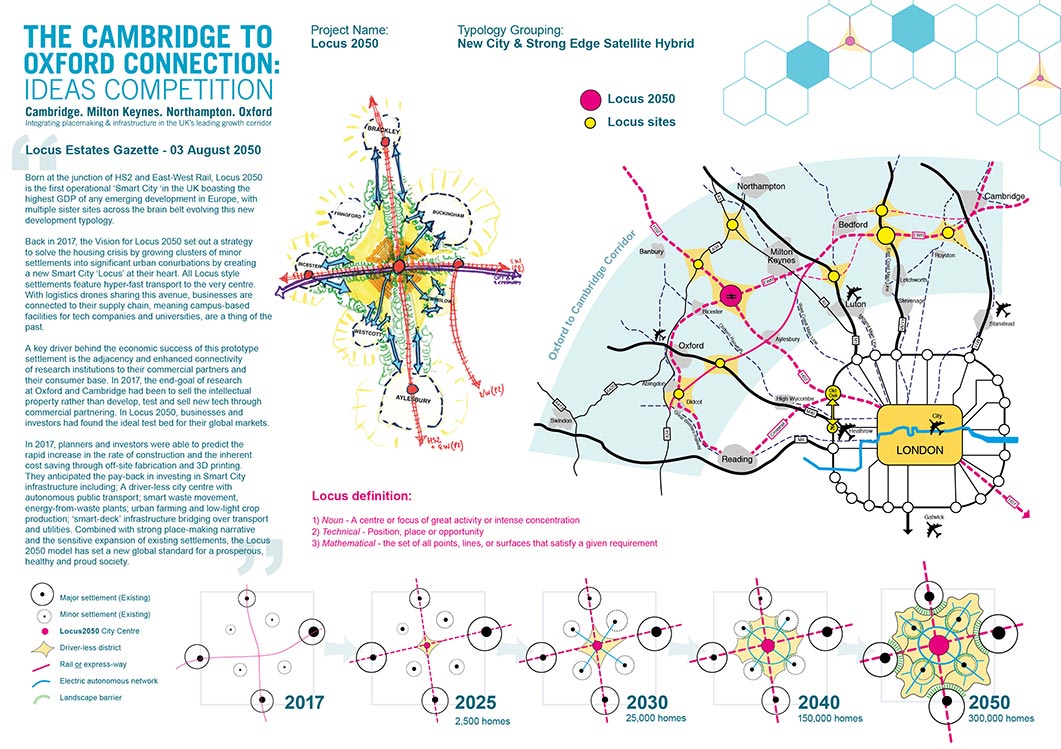 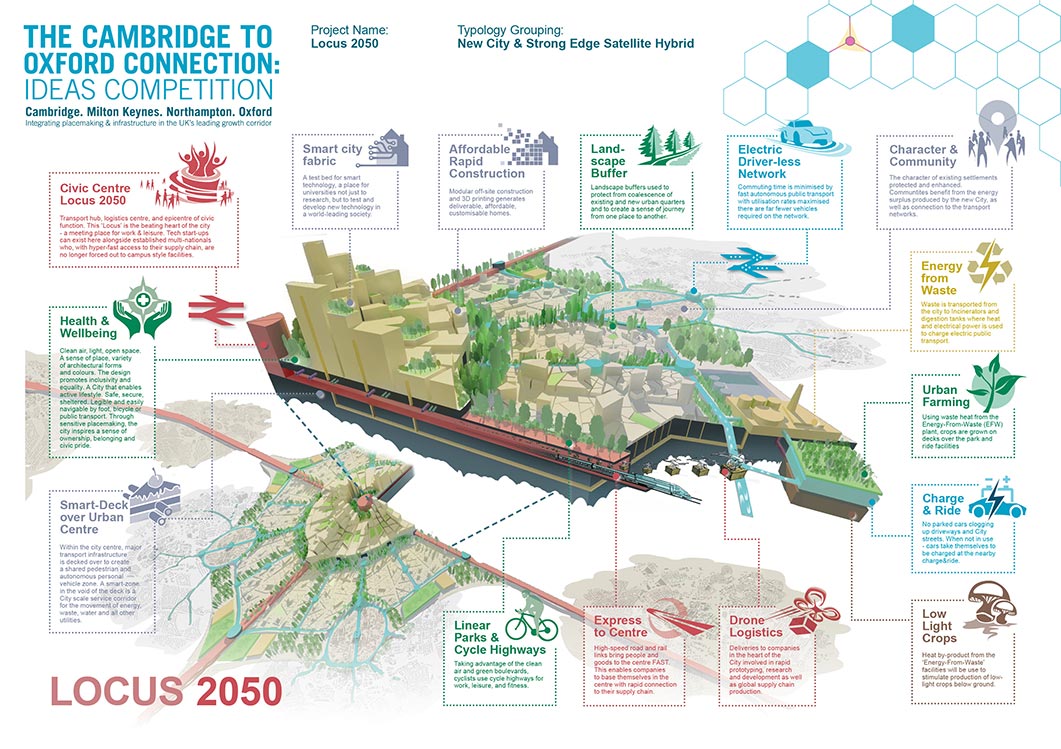 Born at the junction of HS2 and East-West Rail, Locus 2050 is the first operational ‘Smart City ‘in the UK boasting the highest GDP of any emerging development in Europe, with multiple sister sites across the brain belt evolving this new development typology.  Back in 2017, the Vision for Locus 2050 set out a strategy to solve the housing crisis by growing clusters of minor settlements into significant urban conurbations by creating a new Smart City ‘Locus’ at their heart.  All Locus style settlements feature hyper-fast transport to the very centre.

With logistics drones sharing this avenue, businesses are connected to their supply chain, meaning campus-based facilities for tech companies and universities, are a thing of the past.  A key driver behind the economic success of this prototype settlement is the adjacency and enhanced connectivity of research institutions to their commercial partners and their consumer base.  In 2017, the end-goal of research at Oxford and Cambridge had been to sell the intellectual property rather than develop, test and sell new tech through commercial partnering.

In Locus 2050, businesses and investors had found the ideal test bed for their global markets.  In 2017, planners and investors were able to predict the rapid increase in the rate of construction and the inherent cost saving through off-site fabrication and 3D printing.  They anticipated the pay-back in investing in Smart City infrastructure including;  A driver-less city centre with autonomous public transport; smart waste movement, energy-from-waste plants; urban farming and low-light crop production; ‘smart-deck’ infrastructure bridging over transport and utilities.  Combined with strong place-making narrative and the sensitive expansion of existing settlements, the Locus 2050 model has set a new global standard for a prosperous, healthy and proud society.